The 24-hour cycle of light and darkness triggers our daily sleep/wake cycle. Light affects melatonin secretion by the pineal gland. Melatonin levels increase mid- to late evening, remain high for most of the night and drop in the early morning hours. When you jet across time zones you are asking your body to adapt to a different daily cycle fast.

You cannot cheat time, but you can influence how quickly you adapt to the different time zone. Arrange to see an acupuncturist at your destination and/or try acupressure during your flight, according to the principles described below.

According to Chinese medical theory, your Qi (energy, life force) circulates through our body’s meridian system in a 24-hour cycle called the Chinese clock, a version of which is shown in the image below. Qi circulation will be at its highest in a particular meridian over the same two-hour period during each cycle of the Chinese clock. For example, the energy in our Spleen system is at its highest between 9 and 11 a.m. This two-hour energetic peak period is called the horary period.

We can support our body in adapting its energetic peaks by helping it increase energy in the meridians corresponding to the ‘new’ horary periods. An effective way to do this is to stimulate the so-called horary point of a meridian during each horary period, for example Sp 3 between 9 and 11 a.m. 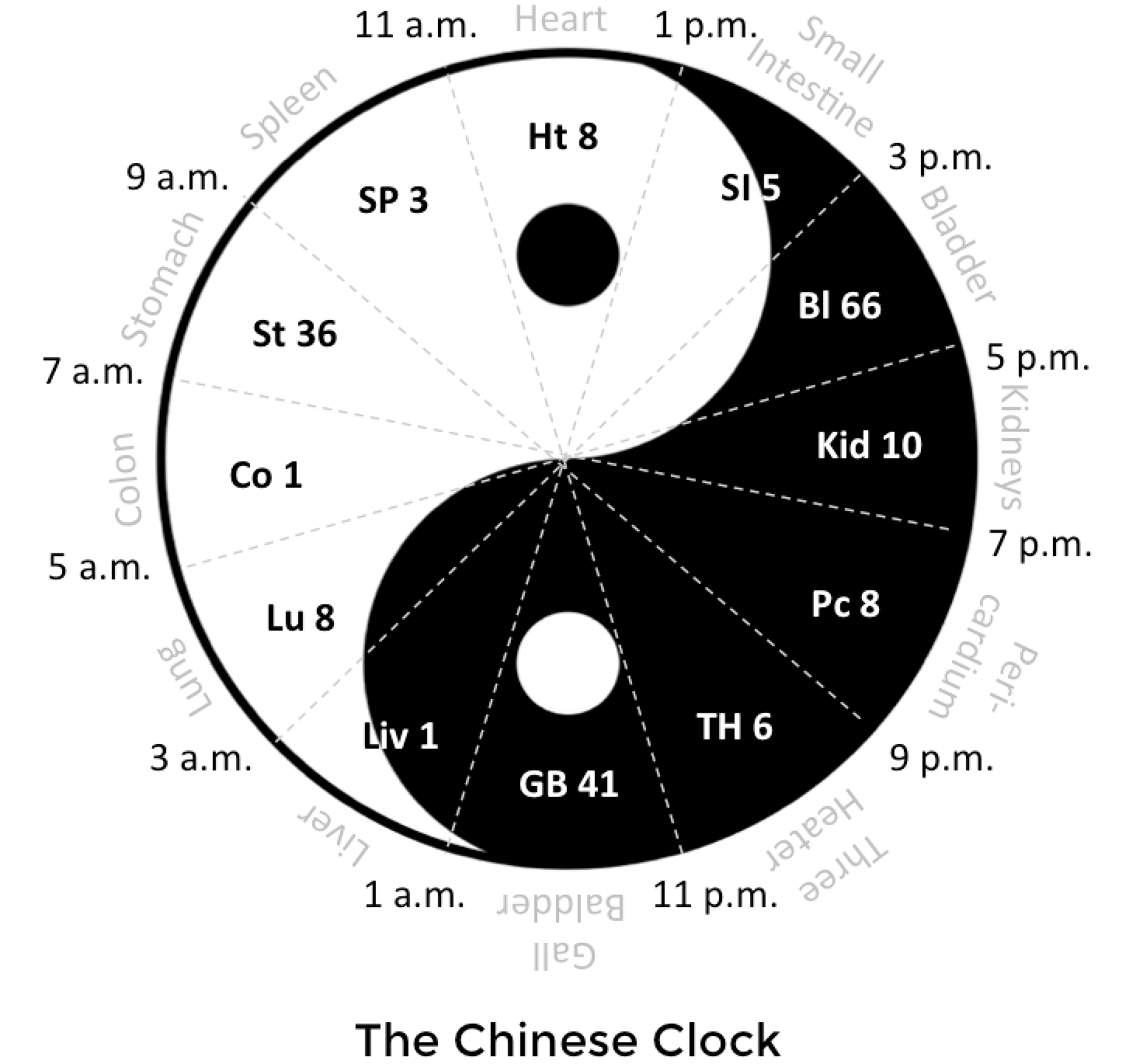 This technique was developed by acupuncturists and first introduced by John Amaro, DC, LAc (An Ancient Approach to Beating 20th Century Jet Lag). People using this system reported arriving at their flight destination feeling connected to the time zone of their newly arrived destination (rather than that at their departure).

If you are unsure how to perform acupressure or if you suffer with a medical condition, check with your acupuncturist before trying out new techniques.